The United Arab Emirates launched an important Mars mission last year. of the Red Planet examining the atmosphere and climate structure and to understand what is causing the almost ‘disappearance’ of water on the planet The spacecraft named ‘Hope’ Set out to orbit Mars.

in February 2021 Entering Mars orbit Hope, On May 23, it officially began its mission, which will continue for one Martian year (687 Earth days).While this mission was in progress, Hope captured images of an extremely rare Martian event that wasn’t actually among their missions; Mars auroras.

Aurora views from the dark side of Mars: 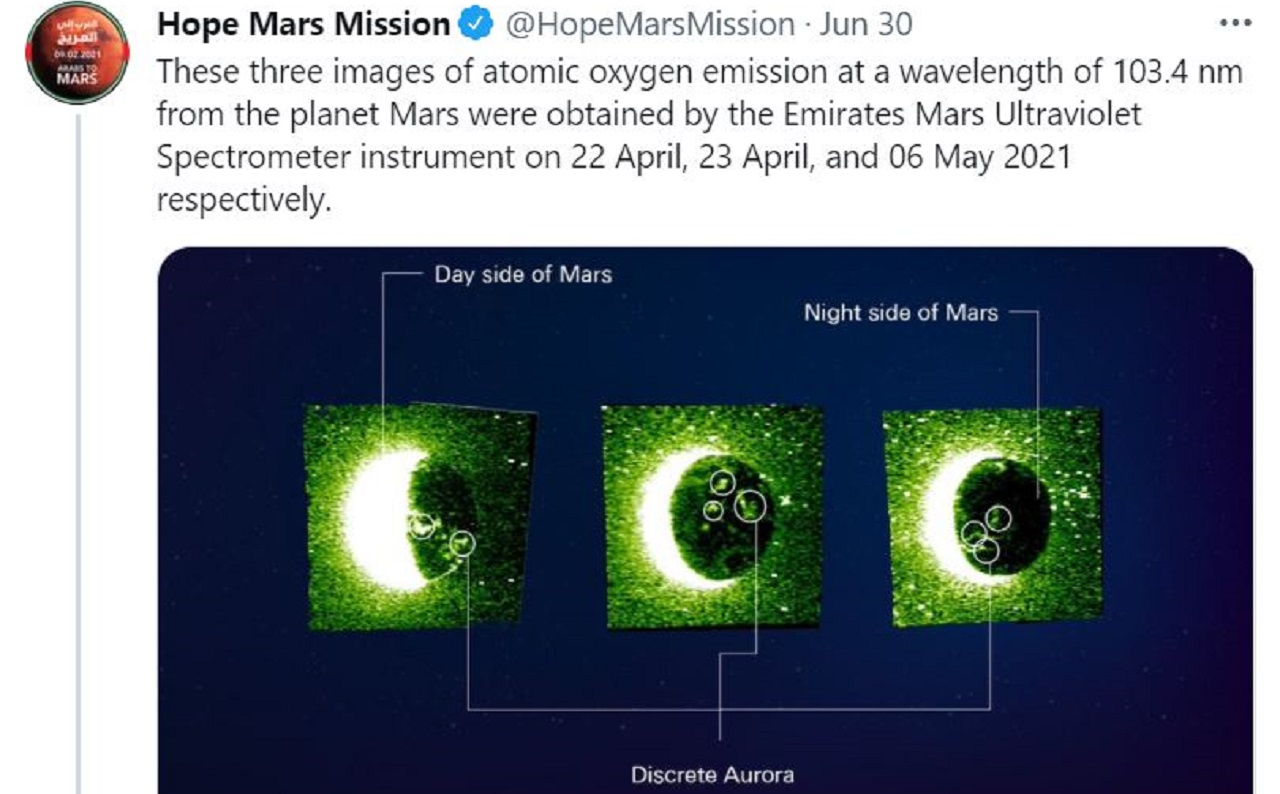 On Mars, auroras are not in certain parts of the planet, can appear anywhere. The reason for this is the magnetic field of Mars, which is quite different from Earth. Also on Mars there are three different types of aurora and one of these auroras is known to occur on the daylight side of Mars while the other two appear on the dark side. The aurora that Hope managed to visualize is an aurora that appears on the dark side. 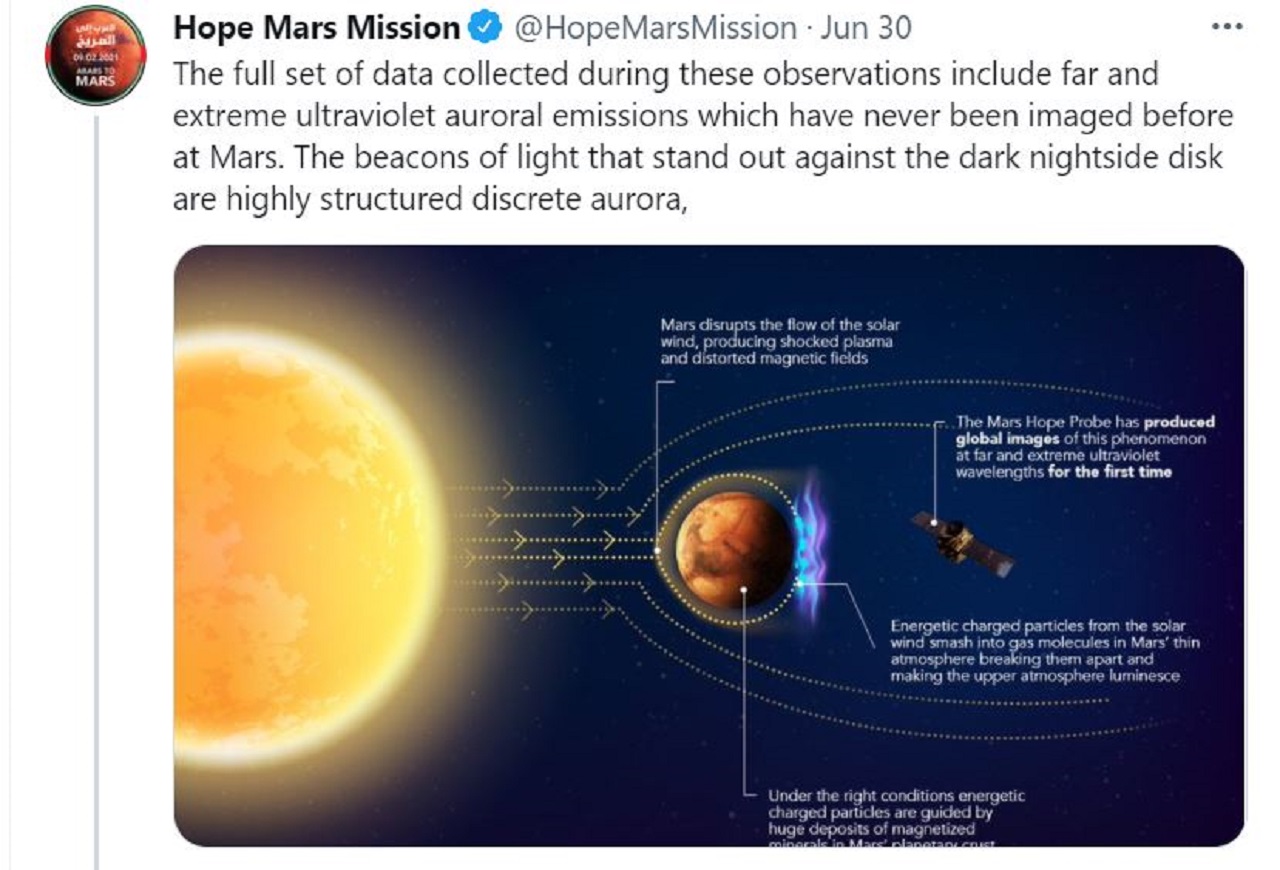 This type of aurora, known as , is only observed in certain regions on the dark side of Mars, and both NASA and ESA have imaged this aurora before. However, both space agencies closer to the surface of Mars due to obtaining this data, the images were not as clear and successful as Hope’s captures.

Although Martian auroras aren’t part of Hope’s mission, the instruments’ ability to capture these images will help in the future. to let the team capture new images and will make it look into this thread as well.

The scientists on the Hope team hope to collect more aurora images as the mission progresses. For now, the observed discrete aurora at wavelengths invisible to the human eye they know happened. So if you were a human looking at the sky from Mars, you wouldn’t have a chance to see these auroras. The team thinks there are many such aurorae on Mars, and the investigations that have taken place are expected to answer more questions.

Warhammer 40K: Darktide Becomes One of the Postponed Games

Developed a Bendable and Flexible Form of Ice

Apple Warns of Vulnerability Affecting All Its Devices